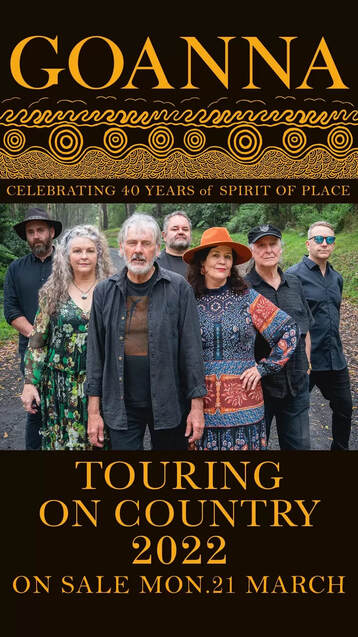 fanlink.to/hGxb This link will take you to I Miss You Melbourne on all digital platforms. Written and recorded at home in Geelong at the end of Melbourne's last lockdown. The longest lockdown in the World. September 2021. 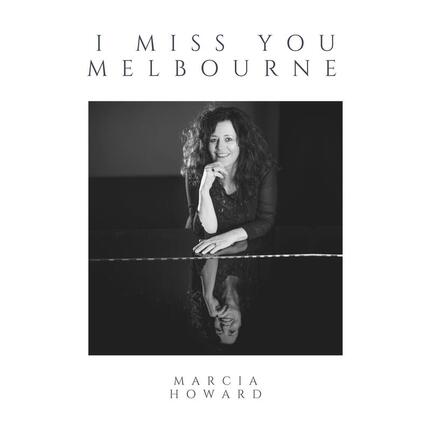 ​Written and recorded in October, November 2019 at the Corroboree Festival in Walgett with Nadia Sundae, Zardi Cunningham for Marea Ryan's, Ruby Hunter Mothers Milk Bank Charity. All proceeds from the sale of the song go to the charity. The Bakka River, known in English as the Darling River is dying. This song was inspired by Gomeroi Murrawarri woman and artist, Camellia Boney who grew up on the banks of the Namoi River, Walgett/reservation. DOWNLOAD THE SONG HERE  ​ fanlink.to/cmjS?sfns=mo 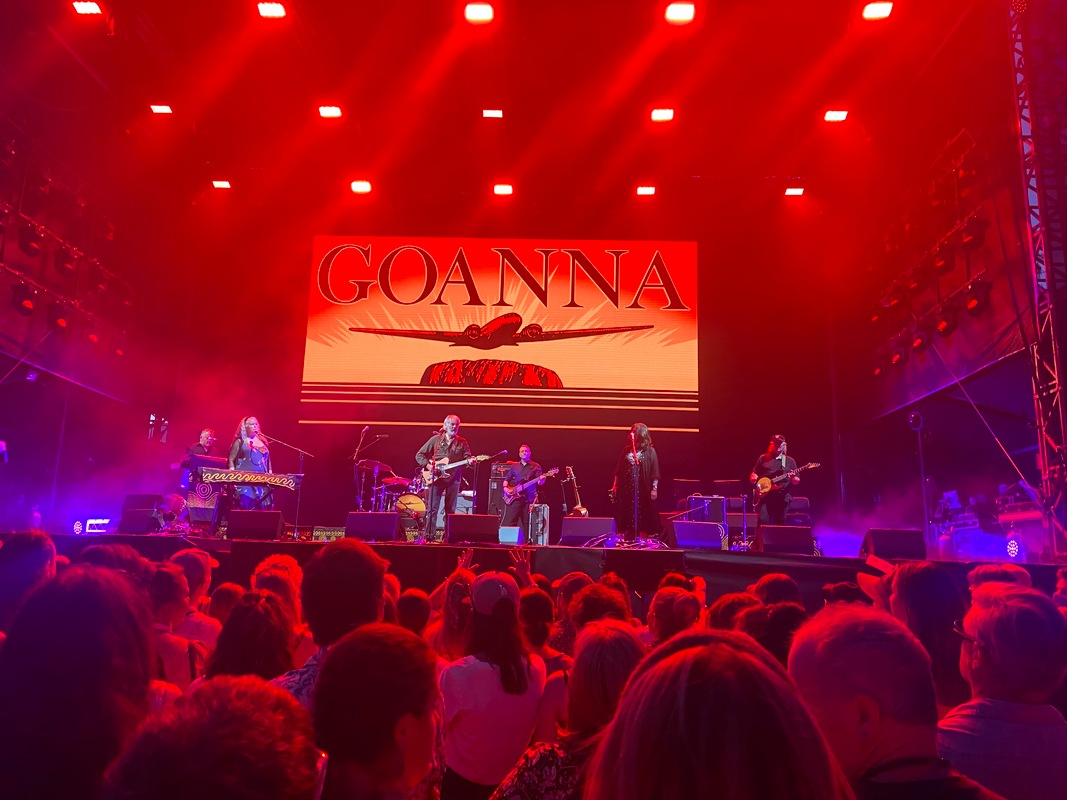 GOANNA WOMADELAIDE. MARCH 11-13TH. NEXT YEAR WILL BE THE 40TH ANNIVERSARY SINCE THE RELEASE OF THE ALBUM, SPIRIT OF PLACE
Shane Howard, Rose Bygrave, Marcia Howard 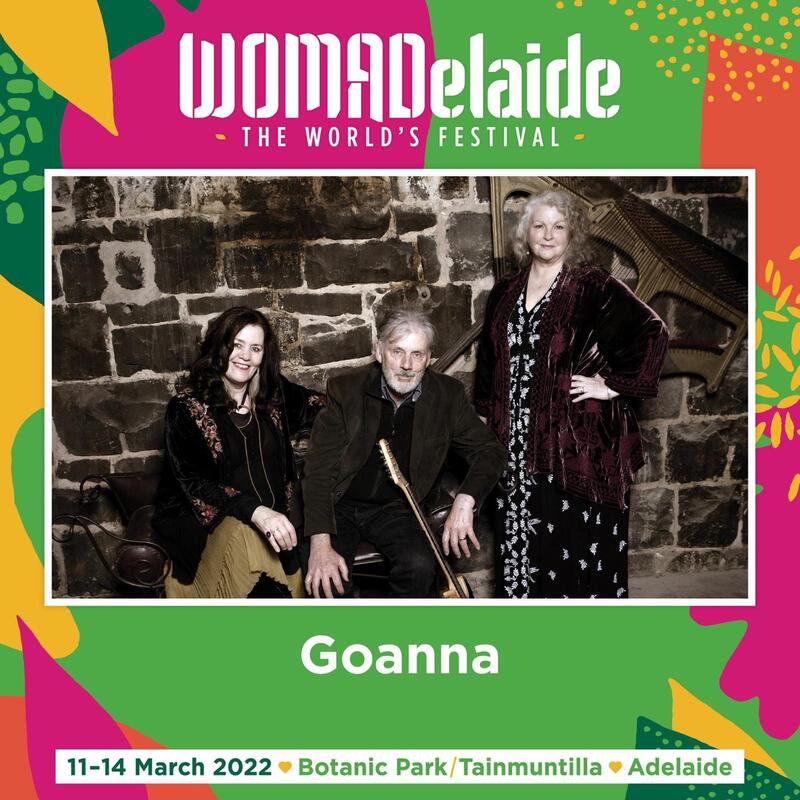 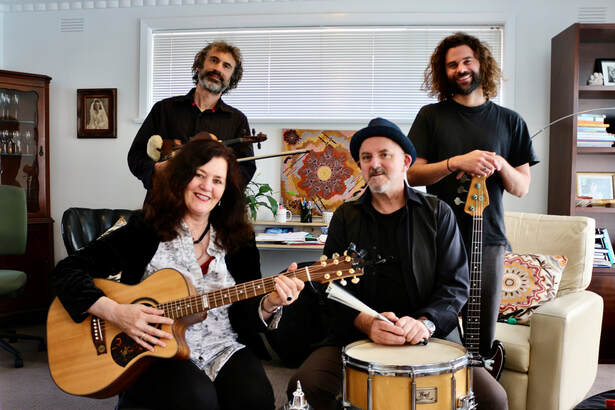 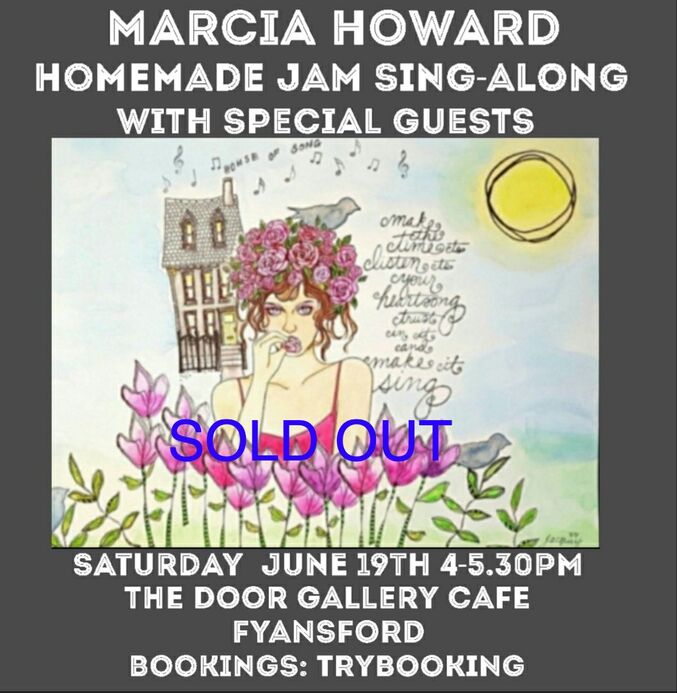 JUNE 19TH SHOW SOLD OUT
Trybooking
​MARCIA HOWARD HOMEMADE JAM WITH SPECIAL GUESTS. THE DOOR GALLERY, FYANSFORD GEELONG JUNE 19TH. 4.00 PM- 5.30 PM.     Join me with special guests around the fire for the filming of Homemade Jam at the wonderful Door Gallery Cafe, Fyansford. We will be singing some of my own songs and well-known female artists of the 1970s, ’80s, and ’90s. Saturday, June 19th. 4.00-5.30 pm.
Bookings: www.trybooking.com/BRPUU
Artwork Journey By Imagination The Door Gallery Cafe #Homemadejam 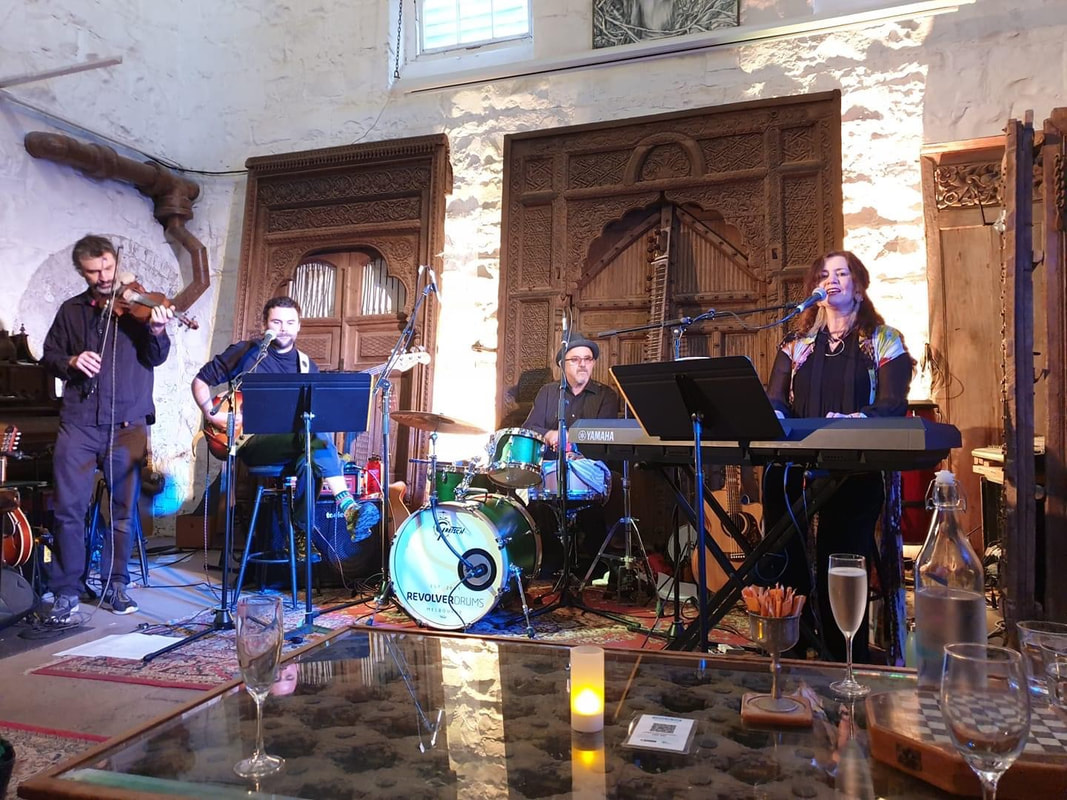 ​
House of Song is a one-woman show which charts Marcia Howard’s 30 years as a singer/songwriter including her years as a member of the iconic Australian band, Goanna.
Over the 90-minute performance, Marcia will share the inspirations that have consistently informed her song writing and performing – her Irish roots and her love and respect for the Indigenous Australian perspectives on life and place.

The songs that Marcia has written for House of Song are melodic and captivating. They explore our relationships with politics, family and place. Marcia’s story is compelling. She grew up in a house of musicians; a large, multi-talented family who provided music for their community.
​
In House of Song, Marcia reveals how the lands of Australia and Ireland have influenced her as a songwriter and how song reflects our sense of belonging to place.
​
Marcia Howard is an original, compelling and charismatic songwriter and performer.  She hopes that by sharing her deep love of song, she will help people embrace their own unique sound and voice.
House of Song will be an uplifting experience for everyone who enters.
​HOUSE OF SONG. STORIES, OF MARCIA'S MUSICAL LIFE, IMAGES AND SONGS FEATURING MARCIA'S BAND 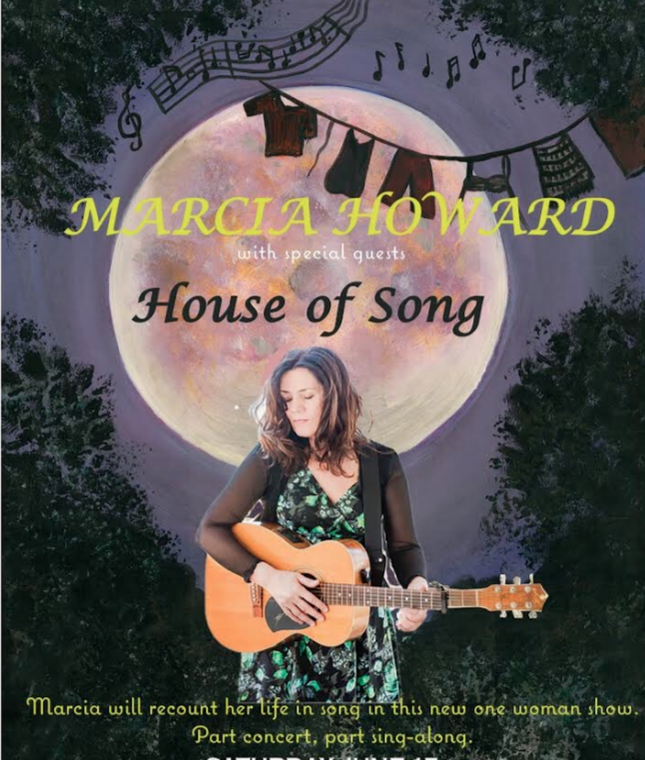 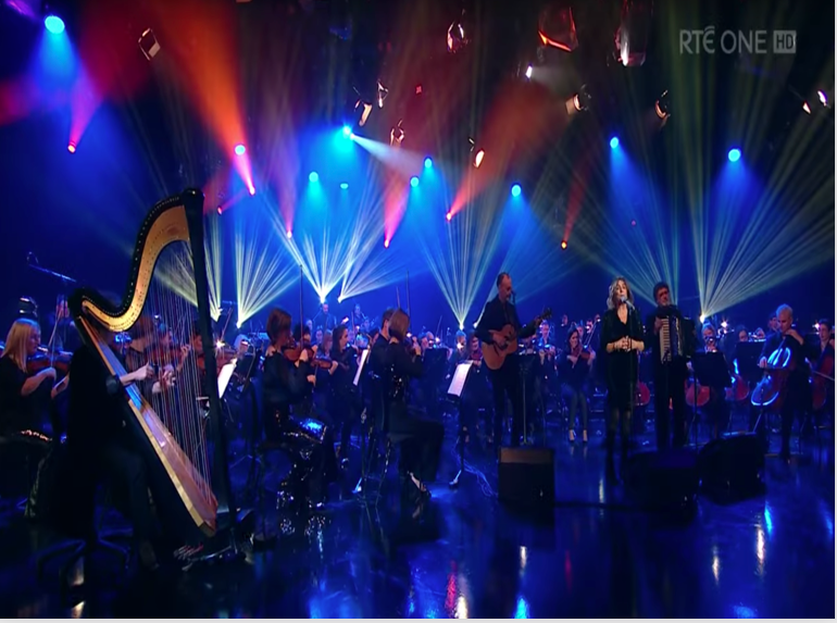 ​ I was due to open for and perform my song Poison Tree with Mary Black and her band with the Irish National Symphony Orchestra on her tour of Ireland, but unfortunately these concerts have been postponed due to current Irish government public health concerns. For more information go to Mary Black's web page:
​www.mary-black.net/newsitem.php?id=173 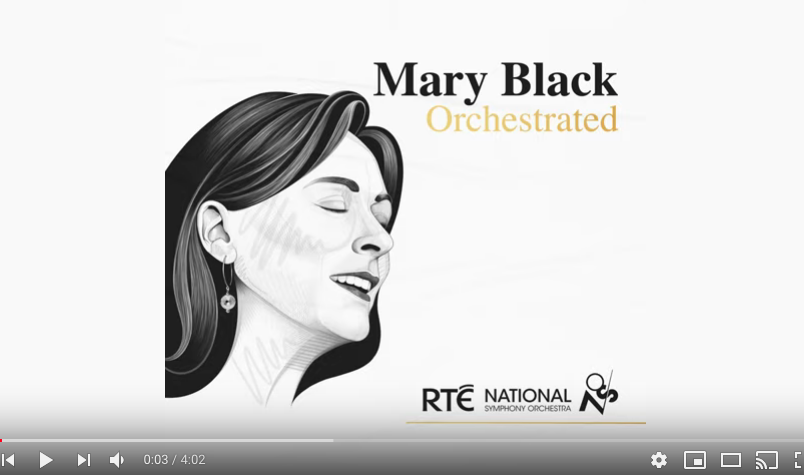 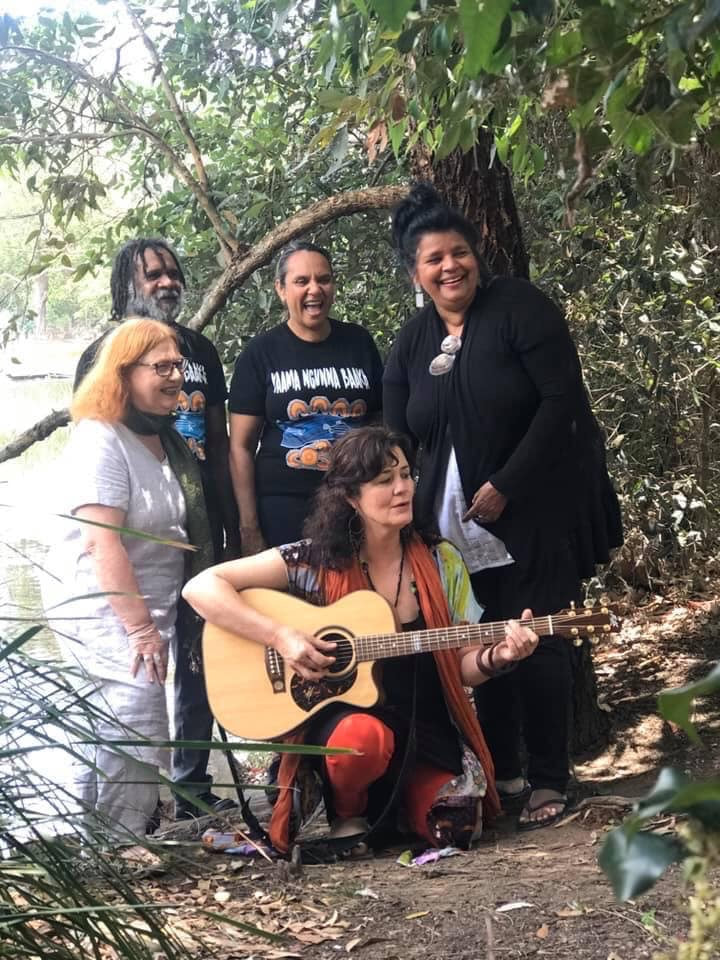 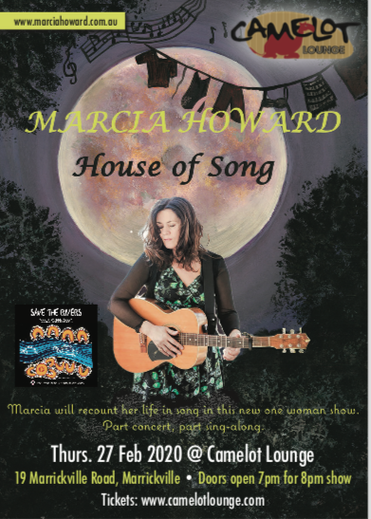 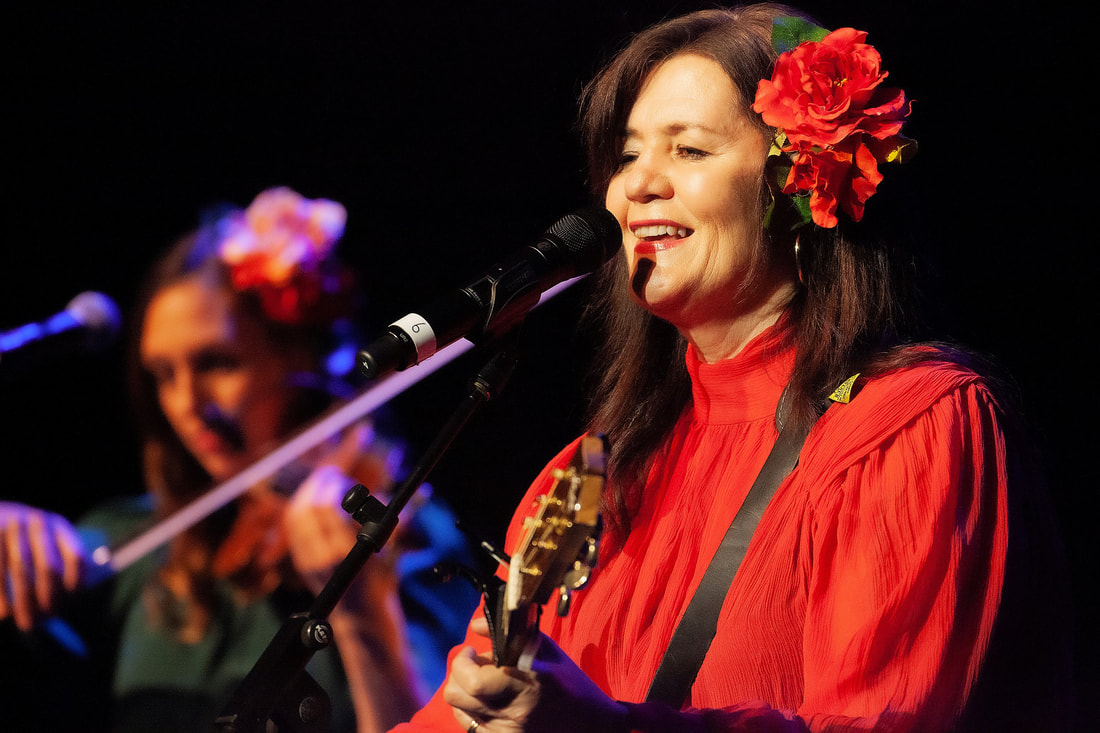 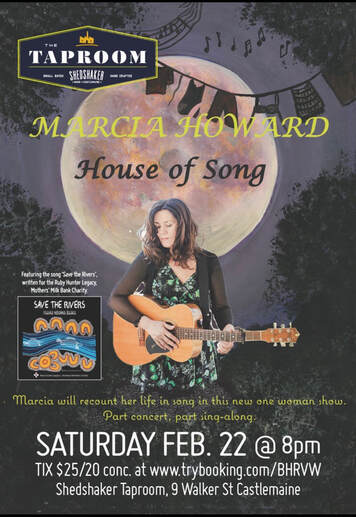 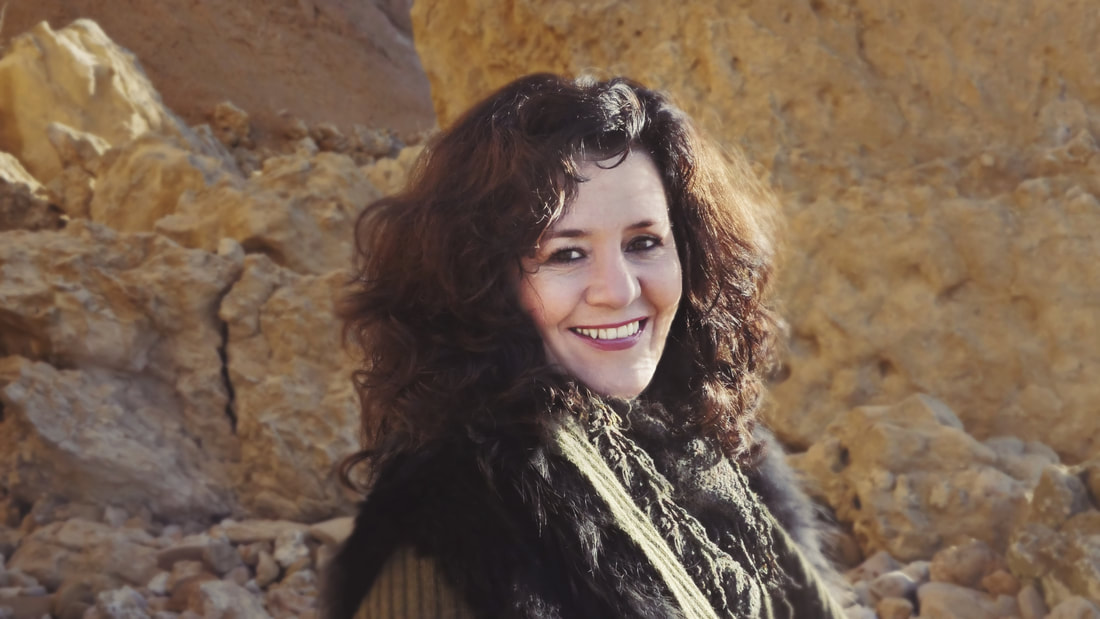 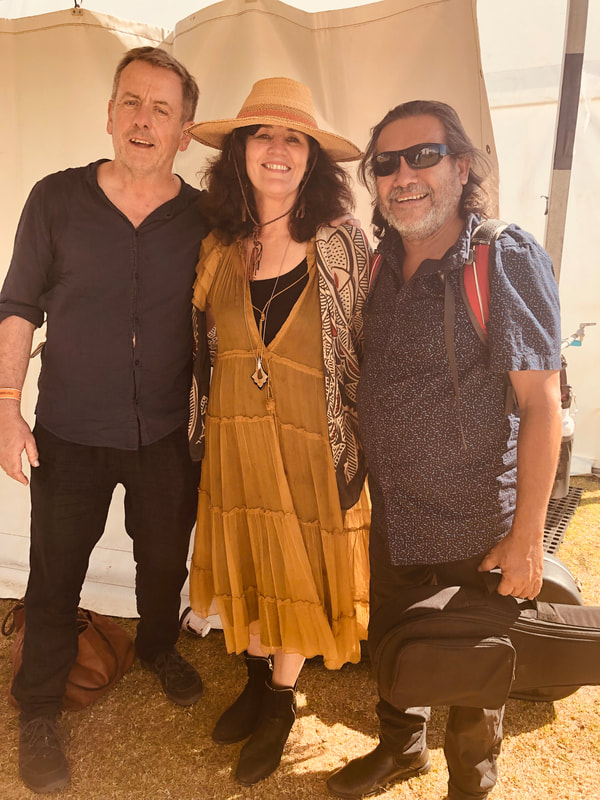